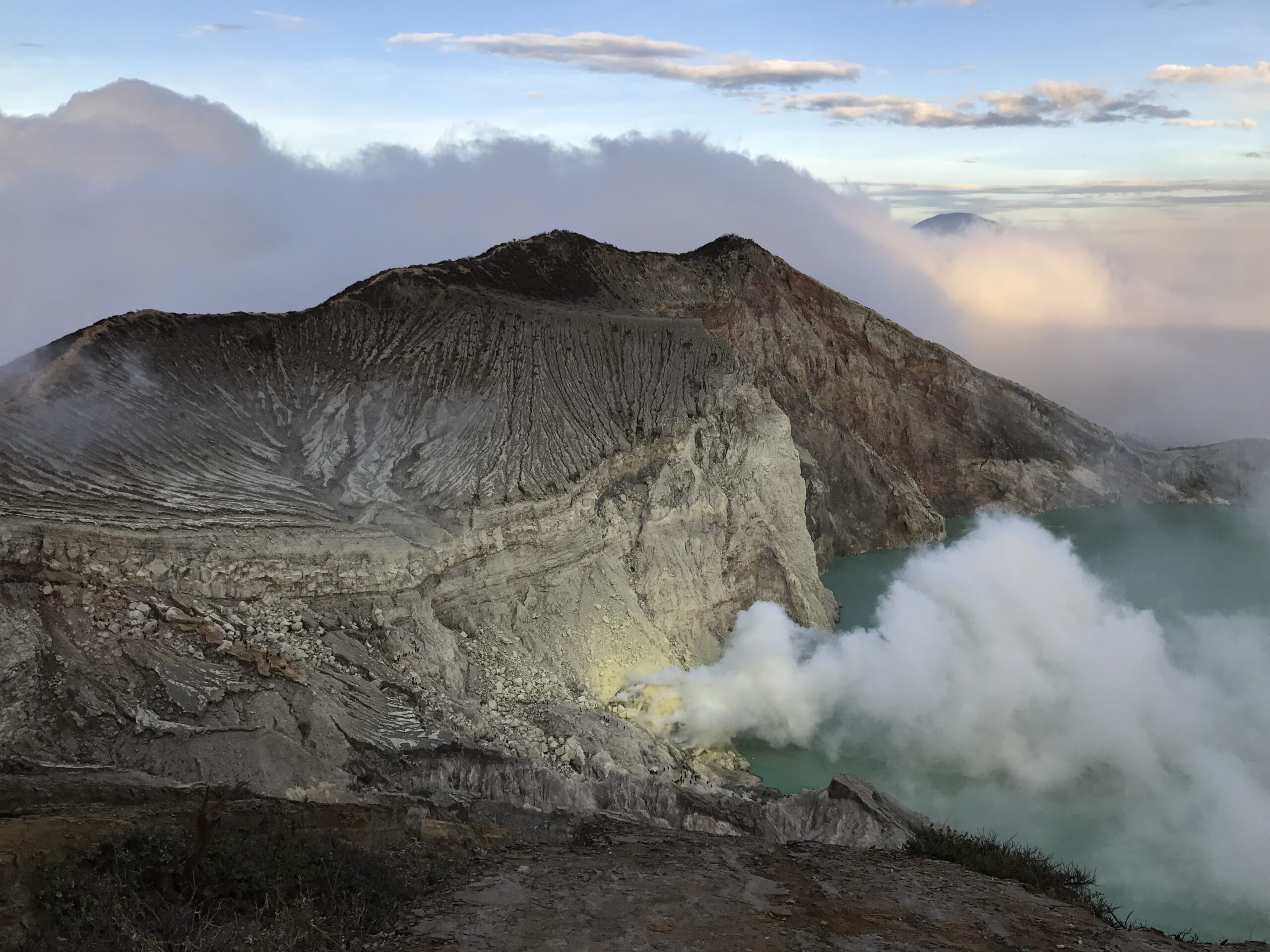 It was the main reason, I decided to Indonesia: Exploring a volcano. We had the choice between Mount Bromo and Mount Ijen. As we spent most of the holidays in Bali, and due to time limitations, we decided to climb Mount Ijen. Even though it is less known, Mount Ijen is not less impressive. The volcano above Banyuwangi is known for its sulphur mining. Experts describe the crater lake as the “largest acid barrel in the world”.

We began our trip in Summer 2017 by car from Bali. First, we drove from Kuta (Bali) to Gilimanuk. We took the ferry to Banyuwangi, which is located on the eastern coast of Java island. To cross the bay with the ferry takes about one hour. It’s not far, but there is a strong current between the two islands. Early morning is the best time to cross the sea.

The next night, we slept somewhere between Banyuwangi and Mount Ijen, in one of the so-called “home stays” nearby. The next day we woke up shortly after midnight. After a short car ride, we finished with a 90-minute long and a pretty exhausting climb to the peak.

I have to admit: I was amazed. And probably not only me. Towards the peak, exhausted tourists lay on the partly very steep path and were forced to take a short break. At two o’clock in the morning, the climb also became more difficult because of the poor visibility. The mountain was covered in dense fog, and due to the darkness, we hardly ever had more than two metres of visibility.

In total, we walked more than 11 km — before 9 am. But, we were rewarded with the Blue Fire (the volcano is well known for its blue fire at night) and with a brilliant sunrise shortly after 5 am. After that, with the daylight, the view became simply spectacular. I was, and still am, impressed. In the light of the morning sun, the green lake in the crater of the volcano appeared. The mountains around Ijen are magnificent and gorgeous.

No doubt, the hike was worth it. I would climb Kawah Ijen again in a heartbeat. If you want to check out the volcano, here are a few tips for you. I recommend you keep these things in mind.

Side note: all photos are unedited and were taken with an iPhone 7 Plus. Unfortunately, at this time, I did not yet create movies about my holidays. But I found this video by Lost Le Blanc. It shows this unique place.

1 comment on “Impressive Kawah Ijen — Climbing to the top of a volcano (Banyuwangi, Indonesia)”

This site uses Akismet to reduce spam. Learn how your comment data is processed.